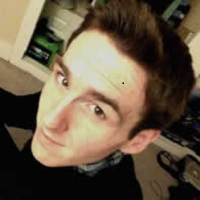 I am twenty two years old and I am in recovery from bipolar disorder, post-traumatic stress disorder, an eating disorder and substance abuse. I wanted to talk about how my illnesses have plagued me with great isolation and how I recovered with the help of Crossroads Clubhouse.

As a child, my brother Sean and I were neglected and abused. We both began drinking at an early age. In 2009, Sean was killed in a drunk driving accident.

A year later, I began to experience my first manic episode. I was completely delusional. I immediately ended up in a psychiatric ward, where I was diagnosed with bipolar disorder.

My therapist referred me to Crossroads Clubhouse. Crossroads helped me develop my very first healthy relationships. The welcoming membership brought me out of my shell and supported my sobriety. The more I attended the Clubhouse, the less I felt the desire to isolate. Becoming involved with the Clubhouse movement gave me a new sense of purpose. They have helped me acquire a G.E.D. They found me a place to live when I was about to become homeless. They have helped me become employed through their Transitional Employment program, which led to me being hired as a permanent employee. I want to give to others what the Clubhouse has given to me. I have been given the opportunity to lead a life that I never imagined I could.

Today, there is a happiness inside of me that can’t be taken away. I feel like Sean would be proud.