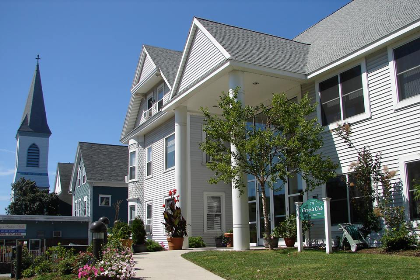 Yet I look around Genesis Club and people living with mental illness are running the place. Sometimes more efficiently and for more hours a week than some of our people who are not living with a mental illness!

We have very strong employment services at our Club, we have a strong culture that believes in and supports work. But there are still a lot of challenges. Many of our members see themselves as not able to return to work and most live in poverty.

Our work with young adults led us to understand more profoundly why this is the case. We saw talented, smart young adults enter the mental health system and the first interventions of case managers and providers were to sign them up for SSI, Medicaid and food stamps. Thus begins the preparation for a life of poverty, a message that you won’t be able to sustain employment and a fear of losing what is intended to be a safety net – not a way of life.

We would rather put the time and resources into supporting every member to take control of their own income (rather than allowing the government to control it through entitlements) and find ways for every single member to be successful in the workforce to their fullest capacity. If you are living in poverty, getting a job is not a choice – it is the way out of poverty. And we think there will be a time in every member’s lives when they are ready to find their way out. Supporting members to manage the symptoms of their mental illness and build skills to succeed in the workforce is where we choose to focus.

As we have moved to talking about planning to come off benefits – again over a period of time, not as a point in time, members now think differently about the possibilities for their future. There is still a lot of fear, but mixed with possibilities.

Our world is missing out on the brilliant contributions that our members – people living with mental illness – are not yet sharing. With an 82% unemployment rate – that means millions of people are not involved in researching new discoveries, running businesses that keep the world moving, providing care and breakthroughs in the health industries, moving governments forward, and on and on. Thinking about that has changed our thinking about job development as well. We now approach businesses as partners who need the workforce that we have at Genesis Club – the untapped, skilled, eager workforce that needs an opportunity.

Clubhouse members have the supports and services to live the lives they intended while recovering from mental illness. None of them intended a life of poverty, but of course none of them intended a life with a devastating illness either. For a period of time, members may need to be out of the workforce and receiving support through entitlements until they feel ready to return. Most will return to the workforce slowly, with lots of support that they may no longer need as they gain confidence in their abilities to earn an income. Most can regain a foothold in the workforce that allows them to rise above poverty, control their own income and spend their days thinking about other things besides whether their benefits will be cut and maintaining a life of poverty.

Most of our members! – certainly many more than the 17.8% of people living with mental illness that were employed in 2012. What we know in the Clubhouse is we believe for our members until they believe for themselves – and at Genesis Club, we believe that despicable unemployment rate can be turned on its head and members can earn an income above the poverty level and take back their lives – even financially.