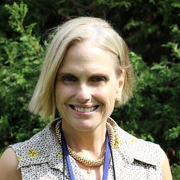 Emma Sweeney recently retired as President of Emma Sweeney Agency, LLC, a literary agency based in New York City she founded in 2006 and sold to Folio Literary Management in 2020. During her 30+ years in book publishing, she sold over fifteen New York Times bestsellers and represented authors whose works won the National Book Award, the Man Booker Prize, the National Book Critics Circle, and the Pulitzer.  She served as president of the Women's Media Group in 2003. Emma is also a writer whose own books include Tulipa (Artisan, 2000) and As Always, Jack (Little, Brown, 2002; Axios Press, 2012). She graduated from the University of California at Berkeley summa cum laude with a BA in English literature.