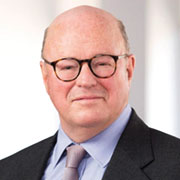 Ambassador Wisner’s diplomatic career spans four decades and eight American presidents. He served as ambassador to Zambia, Egypt, the Philippines, and India during his extensive career in the State Department. In addition to his role as ambassador to four countries, he has served as Under Secretary of Defense for Policy and as Under Secretary of State for International Security Affairs. Ambassador Wisner was also senior Deputy Assistant Secretary for African Affairs from 1982 to 1986. As Director of the Office of Southern African Affairs, Frank Wisner worked closely with Secretary of State Henry Kissinger to launch negotiations with Zimbabwe and Namibia. Secretary of State Condoleezza Rice appointed Ambassador Wisner as the nation’s special representative to the Kosovo Status Talks in 2005 where he played a crucial role in negotiating Kosovo’s independence.

Currently serving as a Foreign Affairs Advisor at the law firm of Patton Boggs, LLP, Ambassador Wisner is a graduate of Princeton University. He serves on the board of directors of EOG Resources and the Business Council on International Understanding, as Trustee Emeritus of the American University of Beirut, and as Advisory Trustee of American University in Cairo.