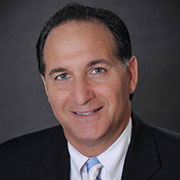 The Honorable Judge Steven Leifman is at the forefront of a public policy movement in the criminal justice system to reduce the number of people with mental illness in prison, and to develop alternative approaches that offer treatment and support for recovery. He serves as Associate Administrative Judge in the Miami-Dade County Court Criminal Division and Special Advisor on Criminal Justice and Mental Health for the Supreme Court of Florida. He is co-chair of the Council of State Governments/TAPA Center for Jail Diversion Judges’ Criminal Justice/ Mental Health Leadership Initiative, and member of the National Leadership Forum for Behavioral Health.

In 2000, Leifman created the nation’s first program to divert individuals with serious mental illness who do not pose a risk to the public away from the criminal justice system and into community-based treatment and support services. The Eleventh Judicial Circuit Mental Health Project has resulted in fewer arrests and incarcerations of people with mental illness, reduced crime, reduced injuries to law enforcement officers, improved public safety, reduced cost to the tax payers and improved administration of justice.

Since 2000, Leifman has also developed specialized training for law enforcement officers as well as fellow judges to improve their ability to handle cases involving people with mental illness. It was for his groundbreaking work helping people with mental illness in the criminal justice system that Leifman was awarded the William H. Rehnquist Award for Judicial Excellence from the National Center for State Courts in 2015. One of the nation’s highest judicial honors, the Rehnquist Award is presented annually to a state court judge who exemplifies judicial excellence. U.S. Supreme Court Chief Justice John G. Roberts Jr. presented Leifman with the award.

Judge Leifman continues to work on behalf of the mentally ill defendants he sees in his courtroom, with his most recent project being a state-of-the-art Mental Health Diversion facility that will include short-term housing, a crisis unit, rehabilitation areas, and a courtroom slated to open in 2020.