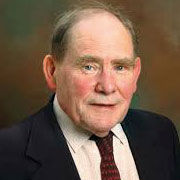 It is with great sadness thata we announce the passing of Dr. Brenner on April 5, 2019. He will be greatly missed by the Clubhouse Community, his friends and his family.

Of European descent and born in South Africa, Brenner began his university studies at the age of 15 and went on to become a Nobel Laureate, conducting research that has been critical to developing our understanding of the molecular biology of the human brain.

Brenner earned degrees in medicine and science in 1947 from Johannesburg’s University of Witwatersrand and then a doctorate in chemistry from Oxford University in 1954. There, he began taking part in leading-edge research into DNA, molecular biology and developmental genetics. In the early 1960s, Brenner co-discovered the existence of messenger RNA, work that led to his first Lasker Award in Basic Medical Research; he later received a second Lasker Award in honor of his outstanding lifetime achievements.

It was Brenner’s pioneering research begun in 1965 that led to his Nobel Prize. He laid the groundwork to make C. elegans, a small, transparent nematode, into a major model organism for genetics, neurobiology and developmental biology research. Beyond his own research, Brenner has been a driving force in advancing scientific research worldwide. He was instrumental in guiding Singapore toward biomedical research and founded the Molecular Sciences Institute in Berkeley, California, in 1996, serving as its president and director of science. He is also founding president of the Okinawa Institute of Science and Technology. Brenner, who previously had served as a scholar-in-residence at The Scripps Research Institute, and joined the Salk Institute faculty in 2000. He was awarded the Nobel Prize in Physiology of Medicine in 2002.