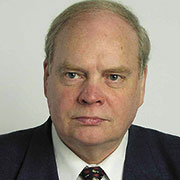 I finished in 1968 my Master’s Degree with a set of Social and Behavioural Sciences in the University of   Jyväskylä, Finland. Later I have taken part in post-graduation studies e.g. in Helsinki School of Economics, College of Europe in Belgium, Academy for Public Administration in Bonn Germany, and in Finnish Insti-tute of Management (LIFIM).

During years 1968 – 2009 I worked in the leading positions of the Finland’s social welfare and health policy administration at local, regional and national levels. Since 1995 I have been involved in the coordination or management of around 20 European international R&D projects relevant to my expertise.

From January 2001 until spring 2009 I was full-time Director of Unit for Inclusion and Accessibility of the National Institute for Health and Welfare (THL) and its preceding National Agency STAKES in Helsinki. During 2009 – 2012 I worked as part-time expert in the European MH policy projects. In 2013 I worked as a part-time policy expert in the EU funded international dehospitalisation MH project in the Republic of Serbia, and before that in similar projects in Romania, Kosovo and in the Kaliningrad region of Russia.

Since autumn 2012 I have worked together with leaders of the World Association for Psychosocial Rehabilitation (WAPR) for organising several symposia or workshops on the innovative psychosocial rehabilita-tion models in the international conferences (e.g. in Milan Italy November 2012, Stavanger Norway in November 2013, Ljubljana Slovenia in April 2014, St.Petersburg Russia in May 2014, Madrid Spain in Sep-tember 2014, Lille France in April 2015, Torino Italy in May 2015). From spring 2013 until autumn 2014 I worked as member of WFMH Expert Group for schizophrenia and social inclusion.

Also I am an expert of experience as to the mental disorders in my own family.